A Collection of Instrumental Themes 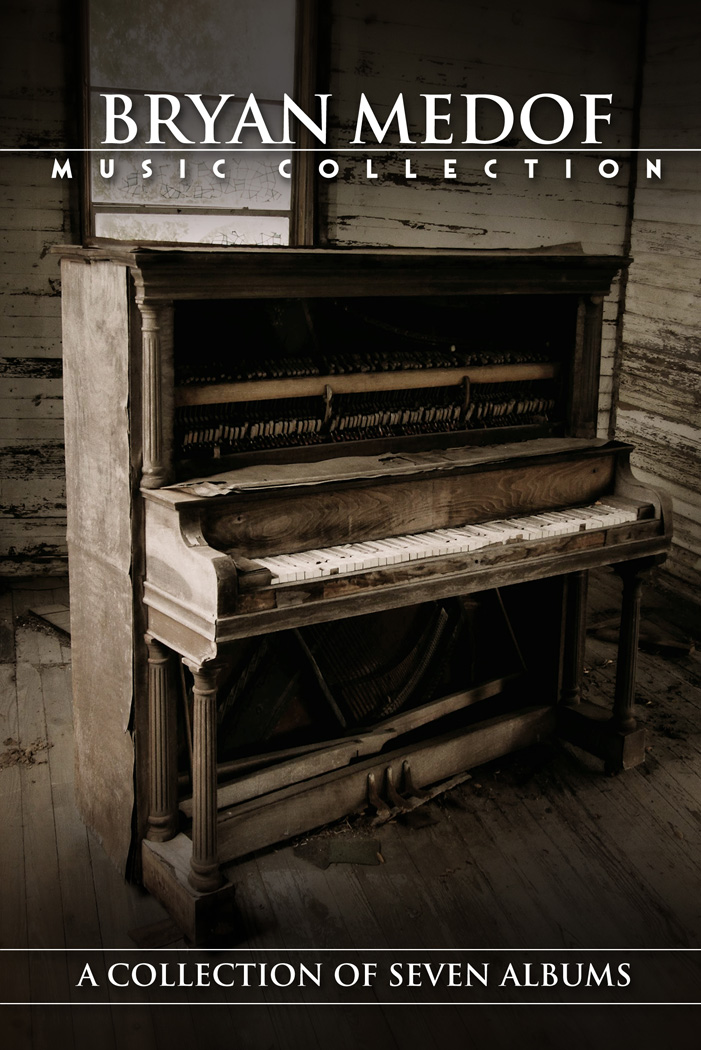 This page is a collection of instrumental music that was written and composed by our late friend, Bryan Medof (1978-2016). This music is free to be downloaded and used in any non-profit application. Bryan Medof was a talented musician who could play a song on the keyboard or piano by just listening to it. We are pleased to present this collection of songs that Bryan created while he was on this earth.

“O sing unto the LORD a new song; for he hath done marvellous things: his right hand, and his holy arm, hath gotten him the victory.” — Psalm 98:1

The Bryan Medof Music Collection is comprised of 125 MP3 themes, spanning 7 full-length albums. A tribute booklet of his music can be downloaded here: 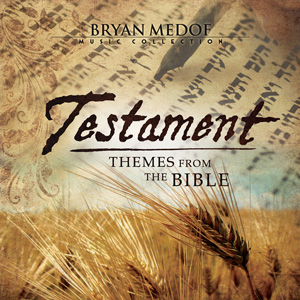 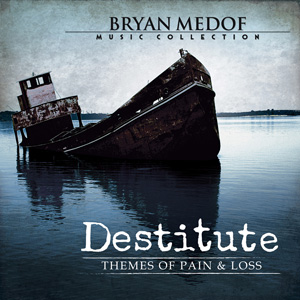 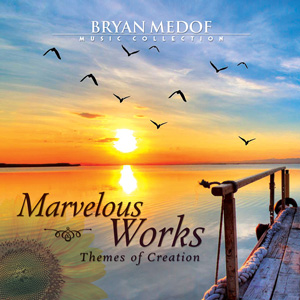 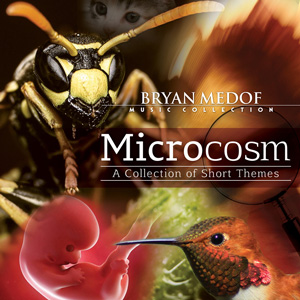 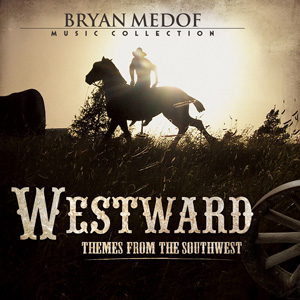 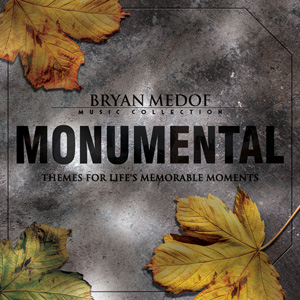 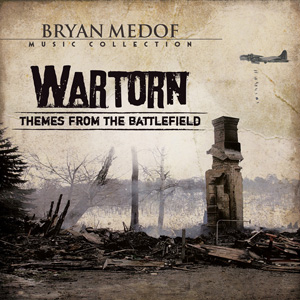 Bryan Scott Brown was born on April 25, 1978 at Rio Hondo Memorial Hospital in Downey, CA. Growing up, Bryan loved his mother so much and he would retell of how loving and compassionate she was. Unfortunately, his mother passed away in 1988, a moment that scarred Bryan for the rest of his life. He was moved out of his step-father's house to live with his grandparents in Bell, CA. He shortly relocated to Riverside, CA, where he spent the rest of his life. In November 2012, Bryan contracted AML Leukemia. Bryan fought the battle with cancer and won. He was in remission in 2013. He did not waste his time. He pushed through the pain and started completing his stories, music, poetry and novels. Unfortunately, he became ill in December of 2015 and passed away from complications from the chemotherapy on February 15, 2016 at Riverside Community Hospital.

Bryan attended Jefferson Elementary, Sierra Middle School, Ramona High School and Riverside Community College (all in Riverside, CA). He described his high school years as the best time of his life. He would always play “Time of Your Life” by Green Day as the theme song of those years. So many memories were made during this time that he would keep close to heart for the rest of his life. This is when he videotaped numerous well thought out comic sketches (like Saturday Night Live skits).

After graduating high school he went to RCC where he and his friend, Joey, took bowling classes and he created a short film call “Demented” with their other friend, Josh. He really worked on his fitness during that time and climbed Mt. Rubidoux. He loved when the mountain would turn green as it reminded him of Ireland. He described this time as the healthiest he’d ever been. He would sit up on Mt. Rubidoux for hours reading, writing and meditating.

Bryan was a true renaissance man. He loved to write novels, novellas, short stories, screenplays and poetry (some of which have been published). He composed original classical music songs. He could listen to any piece of music (like from the soundtrack from a movie) and figure out the composition of it fairly quickly and start playing it on the piano. He enjoyed oil painting and sketching. No one was more of an encourager and supporter of Bryan than his Grandpa Tom. Bryan truly was grateful for everything Tom sacrificed to allow Bryan to pursue his dreams. Bryan wanted to have his works published so that, one day he could “...take care of my Grandfather. He supported me all these years, now it’s my time to support him.” (written 12/28/15). He had such a reverence and love for his Grandfather Tom.

Bryan was a very compassionate man. He loved all animals and children. He especially loved all his stray cats. Bryan was “adopted” by the two families that were close to him. Both families enjoyed having him with them during the holidays, birthdays, baby showers, weddings and game nights. If he couldn’t make it, it was probably because he was sick, which he would still apologize for multiple times (for being a no show). Bryan became a father figure and mentor to a few children in his lives, teaching them science, piano and talking novels with them. The last year of his life his friends helped him get a volunteer position at Mary S. Roberts Pet adoption agency (where he was finally offered a job, but never lived to enjoy it).

Anyone who knew Bryan knew how much he absolutely loved to research various topics. He would spend endless hours researching. One of his deepest struggles was his walk with God. He wanted to have a child-like faith but after everything that had happened in his life, he just couldn’t seem to let go and trust God. To see his transformation from agnosticism to faith in Christ was truly miraculous. Bryan was restless until he came to Christ. In fact, he said that if he never got Leukemia, he would have never come to Christ.

Now, as Bryan is in eternity with His Father, he is having all his questions answered! What a glorious day it was when he didn’t have to live with the pain of disease or sin anymore! May you rest in peace and your memory be forever in our hearts and minds, Bryan. Thank you for all the beautiful memories you gave us!

Update: Bryan's Grandfather, Tom, passed away on February 4, 2022, almost 6 years to the day when Bryan passed away. Grandpa Tom was such a blessing to our lives and to Bryan's life. He also was an accomplished musician, who had played the saxaphone before his deployment to Korea. He was part of a band. Grandpa Tom always encouraged Bryan to continue his music. Without him, Bryan wouldn't have been able to compose his music. This page is as much a tribute to Grandpa Tom as it is to Bryan.

His Interests (In His Own Words)

“I am a writer, artist and composer. I periodically teach piano and music theory. I have just recently recovered from Leukemia and finished all of my chemotherapy treatments. I am currently in remission. Hopefully for good. I am an avid animal lover, I am both a dog and cat person; I do not discriminate. I yearn for a world that is more filled with love, compassion and kindness, and less cruelty and hatred.”

Background on This Music Collection

Bryan Medof was a very dear friend of my wife and I. We wanted to create a lasting memorial to him on this page that shares his music with the world. His music was, and is, truly beautiful. God gave him such a natural talent. He studied the scores of movies intently and experimented with his own tunes. He was a student of music theory and practice. He had played the piano since his early childhood. Music was very soothing to him and it was a way to express his feelings to the world.

His favorite composers were: John Williams, John Newton Howard, Howard Shore, Hans Zimmer, Chopin, Bach, Beethoven, Tchaikovsky, Mozart and more. Had he lived longer, he could have had a prolific career in Hollywood as a composer.

Bryan had composed an extensive library of songs and themes. It was a bit of a challenge in trying to collect and preserve a definitive collection of his work, as he had thousands of files, backups and half-composed pieces.

The primary software Bryan used to compose on was Finale. The original files were exported as WAV and then converted into high quality MP3 320 bitrate files. Minor editing was done through Audacity. There are a few songs that have clipping or other low-quality issues. No other version of those songs existed so we decided to put them in the collection regardless of the minor problems they have.

We have renamed most of the titles of these songs (as most of these songs' names were generic versions with numbers and letters). In renaming these instrumental compositions, we tried to keep the naming within the theme of what it was named originally, or referenced something important to Bryan's life, or referenced something that embodies the person for whom the song was originally written for. We hope this renaming allows for a wider audience for Bryan's music.

We believe Bryan would want his songs to be used in other works of art like film, slideshows and movies to bring others joy (as he had several of these songs on his old MySpace account). He left us too soon, but what he has left behind is a body of work that truly speaks to people's hearts. The music he composed tugs on one's emotions and brings his listeners into new worlds. Bryan's music ranges in emotion, from soaring elation to the depths of sadness. His work is truly a gift that he has given us that we can all enjoy.

In short, we think Bryan would be proud of this collection. We know he is probably composing even more beautiful compositions in heaven now.

These songs/audio files may be used only in a not-for-profit manner.

Small budget productions, such as: movies, slideshows, personal projects and other projects are allowed and encouraged to use these mp3 files free of charge. Attribution is not required.

If used as part of a bigger budget production, such as a movie or a play, and still not-for-profit, attribution is required.

If attribution is required for your project, please state the following:

"The song, "(name of song)", was written and composed by Bryan Medof. © Copyright 2020. BibleArtBooks. All rights reserved. www.bibleartbooks.com"

D. Distribution (non-profit and not for sale)

These songs, as part of the Bryan Medof Music Collection, may be distributed as whole or in part of other audio collections as long as the collection is freely distributed (i.e. not charged for). The files and titles of the songs may not be modified in any way.

For usage in any for-profit manner, please contact BibleArtBooks for a license.

BibleArtBooks.com retains all rights not expressly granted by this license agreement. Further legal information for these files may be found here: