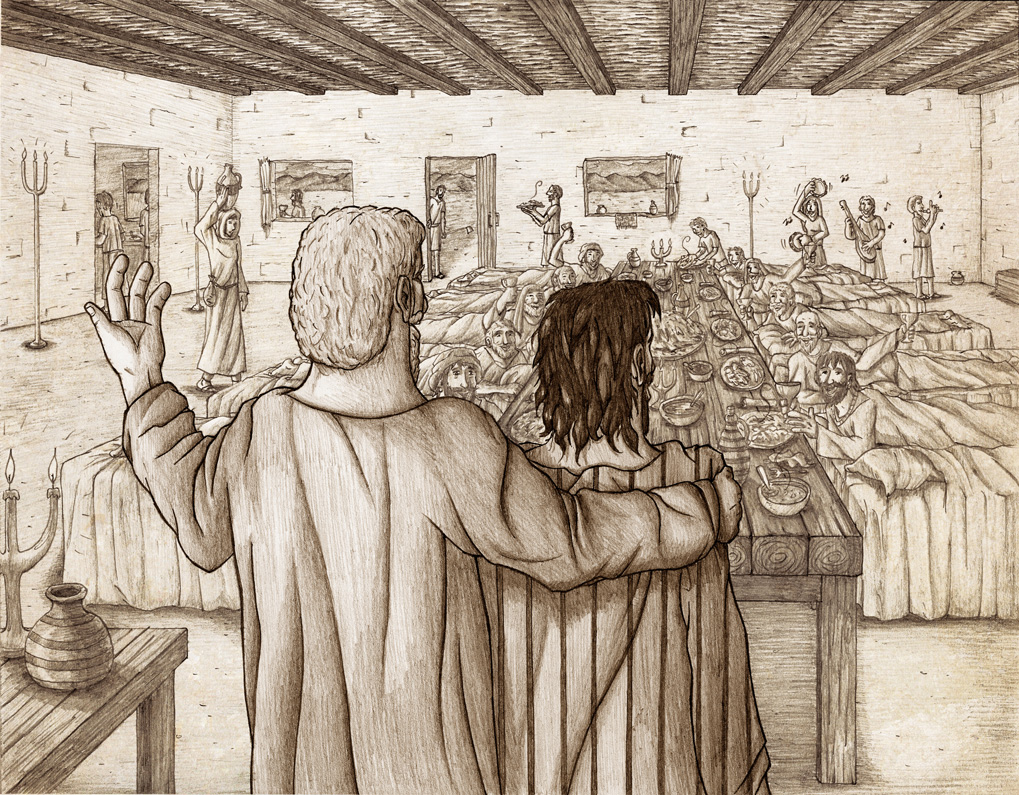 15:12 And the younger of them said to his father, Father, give me the portion of goods that falleth to me. And he divided unto them his living.

15:13 And not many days after the younger son gathered all together, and took his journey into a far country, and there wasted his substance with riotous living.

15:14 And when he had spent all, there arose a mighty famine in that land; and he began to be in want.

15:15 And he went and joined himself to a citizen of that country; and he sent him into his fields to feed swine.

15:16 And he would fain have filled his belly with the husks that the swine did eat: and no man gave unto him.

15:17 And when he came to himself, he said, How many hired servants of my father’s have bread enough and to spare, and I perish with hunger!

15:18 I will arise and go to my father, and will say unto him, Father, I have sinned against heaven, and before thee,

15:19 And am no more worthy to be called thy son: make me as one of thy hired servants.

15:20 And he arose, and came to his father. But when he was yet a great way off, his father saw him, and had compassion, and ran, and fell on his neck, and kissed him.

15:21 And the son said unto him, Father, I have sinned against heaven, and in thy sight, and am no more worthy to be called thy son.

15:22 But the father said to his servants, Bring forth the best robe, and put it on him; and put a ring on his hand, and shoes on his feet:

15:25 Now his elder son was in the field: and as he came and drew nigh to the house, he heard musick and dancing.

15:26 And he called one of the servants, and asked what these things meant.

15:27 And he said unto him, Thy brother is come; and thy father hath killed the fatted calf, because he hath received him safe and sound.

15:28 And he was angry, and would not go in: therefore came his father out, and intreated him.

15:29 And he answering said to his father, Lo, these many years do I serve thee, neither transgressed I at any time thy commandment: and yet thou never gavest me a kid, that I might make merry with my friends:

15:30 But as soon as this thy son was come, which hath devoured thy living with harlots, thou hast killed for him the fatted calf.

15:32 It was meet that we should make merry, and be glad: for this thy brother was dead, and is alive again; and was lost, and is found.